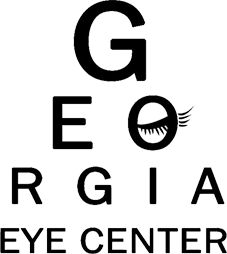 Dr. Kyle Jones, owner of the Georgia Eye Center, in Tucker, serves patients of all ages for all kinds of problems, and using the non-invasive Ortho-K retainer (wave corneal molding), children and adults with nearsighted and farsighted vision, those needing bifocal vision, athletes and members of groups like the armed forces and law enforcement can all benefit by discarding spectacles or even contacts during the day. Atlanta’s high pollen count is notorious for vexing contact lens wearers.

Jones grew up in the Bronx very tall for his age and because of his height, often sat in the back of the classroom. He had problems seeing the blackboard, but didn’t realize at the time how his impaired vision was altering the way he saw the world. An alert teacher advised his mother to get him checked and two weeks later at the age of 8, he had his first pair of glasses. Jones’ reaction was, “Wow!”

From that day on, he knew that he wanted to be an eye doctor. While studying at the New England College of Optometry, in Boston, his classmates all recorded their own eyeglass prescriptions. Four years later, they did it again at graduation. What they all noticed was a huge swing for the worse in their prescriptions and chalked it up to eyestrain caused by intense study.

In 2001, Jones bought a private practice in Tucker from a retiring doctor and started seeing patients. As he observed their family members growing up, he noted that children might require a small correction at age seven, but then each year their condition would become substantially worse. By the time they entered high school, the kids had severely impaired vision. That didn’t jibe with Jones’ own experience and that of his peers, where vision would stabilize by adolescence. With college students finding themselves in such dire straits, Jones says the kind of benign neglect that was afforded nearsightedness in times past is not acceptable today.

To explain the disquieting trend, Jones says, “Genetics loads the gun, and environment pulls the trigger.” By that, he means heredity provides a certain probability of vision impairment (as it always has), but many factors of modern living serve to intensify problems. “Nearsighted mommy and nearsighted daddy have nearsighted babies. But then nearsighted babies play on iPods, iPads, mp3 players, Wii, X-Boxes and computers and become more nearsighted,” he states. Jones majored in food science and nutrition as an undergraduate, so he knows that diet also plays a role, as does fresh air, sunlight and exercise.

It is when parents ask what they can do to slow or stop the progression of nearsightedness in their children that he feels he can do the greatest good. Jones cites the Controlling Nearsightedness in Developing Youth (CANDY) study, in which Ortho-K retainers slowed and in some cases halted the progression of nearsightedness from year to year. In his opinion, the convenience of not wearing lenses during the day is not nearly as important as this finding. He says, “To me, that’s worth all the tea in China.”

Jones says, “If you take your left hand and make a fist, and then grab it with your right hand, that’s the kind of relationship we want between the contact lens and the eye. It was found that fitting the lens more closely caused the epithelial [corneal] tissue to migrate temporarily.” He likens the phenomenon to a mark left on the ankle by an athletic sock. After a period of time, the cornea returns to its original shape. An old Chinese form of this kind of correction involved placing tiny sandbags on patients’ eyes while they slept.

Wave corneal molding and accelerated orthokeratology contact lenses require a high level of training and experience, and Jones is a certified wave designer and a member of the Orthokeratology Academy of America. “I see people who have had bad outcomes from Lasik, PRK and RK [surgery]. The eye never stopped changing in some cases, so they went from being nearsighted to farsighted. Also, their vision might be different in the morning than in the evening,” he says.

For many of the lenses he designs for his patients, Jones uses a device called a topographer that allows him to design a lens from the individual “fingerprint” of the patient’s eye. “The information from my design goes straight to the lathe at a contact lens lab,” he says. “I can actually make micron-level changes in the lens designs.” The same system is used for daytime lenses and the nighttime retainers. Jones explains, “Usually folks say it’s a little uncomfortable at first, and then after the first week they don’t even notice it anymore.”

Jones started using Ortho-K 10 years ago. His youngest patient is 7, while the oldest is 64. He will be hosting a complimentary dinner and discussion of Trends in vision, why vision gets worse over time, how our system works and am I a candidate? at 7 p.m., July 16 and 23, at Bambinelli’s restaurant, 3202 Northlake Parkway NE, in Atlanta. Reservations are required.

We're not around right now. But you can send us an email and we'll get back to you, asap.